The 10 Commandments of Social Media Use

Multi-Talented Jen Unbe Speaks Out – & Sings Out – Against Bullying

Some Thoughts On Picking The Right Romantic Partners 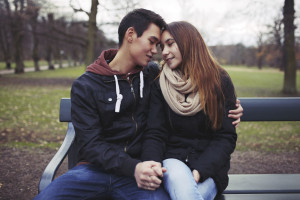 My spin instructor sat on her bike at the front of the spin room. “My boyfriend said he’s intimidated by me. Can you believe that?” she said, cranking the flywheel resistance up to inhuman levels and encouraging us to join her. “I’m going to bring him to spin class next weekend,” she continued.

I thought about that, and other things, as spin class continued for the next hour. As someone who created a program about respect for teen girls and young women, and in my other role as the mother of a daughter in her early twenties, I often think about the challenges of finding and staying in the right relationship. It’s a challenge for people of all ages, not just teens and young adults.

So here are some of my thoughts, brought up by my spin instructor’s musings:

Big picture, don’t be in a long term relationship where you have to always walk on eggshells, not being able to inhale and exhale fully. Choose partners who love you for what you are, love your strengths and accept your weaknesses and mistakes. Be similarly generous with your partners.

Permanent link to this article: https://www.girlsrespectgroups.com/thoughts-picking-right-romantic-partners/