The Weight of the World on Heavyset Kids

Why Forgiving Others is Good For Your Health 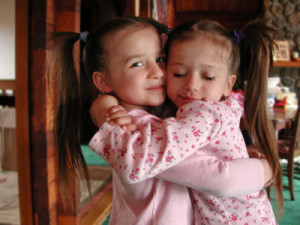 When I was In Grade 2, a boy named David taunted me on my way home from school. He wouldn’t let me go past him without doing what he demanded. I didn’t want to, but because he was bigger than me, I did. I just wanted to get home.

I didn’t know terms like “boundaries” or “self-respect,” but knew it felt wrong to do something I didn’t want to do, so I told my parents about it.

They spoke to David’s parents, who apologized to me on their son’s behalf. I wasn’t convinced. I harbored bitterness for decades, including an irrational suspicion of boys named David.

Years later, that very same David published a powerful article about his childhood. He revealed his father had encouraged him to treat young girls poorly. My childhood anger came flooding back as I read this. I shared my feelings with a friend, who pointed out that David’s article amounted to a public apology for his childhood actions.

Now it was my turn to do the right thing. Could I forgive his behavior from years ago and let go of my grudge?

“Should I, can I, and how do I forgive?” We frequently struggle with these questions, sometimes decades after an event. For some, forgiving may feel like justifying or trivializing the hurt and damage they’ve experienced, and moves them no closer to the direct apology they desire. Often, the person who inflicted the hurt is nowhere to be found, or may not be alive, so traditional closure is impossible. Why forgive someone who won’t know you’ve done so?

Here’s what forgiveness is NOT:

Consider the benefits of forgiveness – and the downside of choosing not to forgive.

Adults must start first. How can we let go of bitterness and regret?

After acknowledging the pain, the damage, and the unfairness, stand firm in your determination to not drag this forward in your life. Practice this for 6 months and you’ll be amazed at the difference it will make on your mood, your life and your relationships. Remember, the first step – and about 90% of the problem – is to become conscious when you’re replaying or obsessing on the past.

Interestingly, Wrosch and colleague Jesse Renaud discovered that older adults are quicker to let things go than young people. That shouldn’t stop us from teaching our kids how to forgive. In fact, it’s an extra incentive!

Adults can teach children how to forgive. Jamie Perillo, a child and family psychotherapist, has some good ideas:

1. Encourage your child to say how she feels before she forgives. You’re acknowledging her pain and you’re empowering her to express her pain. For teens, writing these feelings down can be a powerful step towards forgiveness. It’s easier to forgive when you’re empowered.

2. Forgive, but don’t forget. Remembering pain can teach us a lot and protect us going forward. Teach kids that forgiving means acknowledging what happened and moving on, not wiping out their memory or personal history.

3. Encourage your child to understand the person behind the actions. It wasn’t until years after David hurt me that I discovered he was trying to get his father’s approval. It didn’t make his childhood actions right, but it was easier to forgive him once I understood why he acted the way he did.

4. Demonstrate forgiveness – and the ability to apologize! We can’t expect our children to forgive or apologize if we don’t do it ourselves. We all make mistakes, and if we acknowledge that, we can forgive ourselves, and others, sooner! Apologizing freely – and often – over the little things sets an example that makes it easier for adults and kids to take responsibility and apologize when we hurt someone.

As for me, I’ve forgiven the David that taunted me years ago. In fact, one of my best friends, a musician named David, told me I made him feel like his name which, he explained, means “beloved.” I graduated from prejudice against the name to understanding and loving a David.

That’s the power of forgiveness.

Permanent link to this article: https://www.girlsrespectgroups.com/forgiveness/