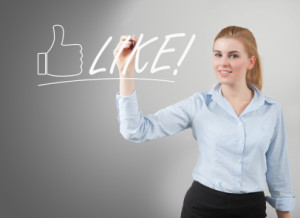 There’s a powerful scene at the end of The Social Network, Aaron Sorkin’s film about Facebook founder Mark Zuckerberg.

By the film’s end, Zuckerberg has everything associated with success – money, fame, power. Everything except a meaningful relationship. He stares at a Facebook photo of his ex and tries repeatedly – unsuccessfully – to “friend” her. He wants to connect, but he also wants what she seems to have in her picture: Happiness.

The irony is not lost on us: The creator of the world’s most powerful social network is lonely. And whether it’s fact or fiction, you can probably relate … to the envy part!

This year several studies have shown that social network sites, and Facebook in particular, can induce envy and low self-esteem. It’s the old ‘Keeping Up With the Joneses” thing, but on a mass scale. Who knew there were so many Joneses to keep up with? And these people are supposed to be your “friends”?!

German researcher Hanna Krasnova and her colleagues put their finger on the problem in their report Envy on Facebook: A Hidden Threat to Users’ Life Satisfaction?

According to the study, people are often less satisfied with their lives when they look at friends’ Facebook pages. We tend to overestimate how great other people’s lives are. We think, “She looks happy, so she must be happy.” That leads to competition and envy.

Competition isn’t all bad – kept in balance, it can drive you to improve things. That requires a proactive attitude. Krasnova has discovered that when people use Facebook in an active way – communicating with friends and reaching out to new ones – they have higher life satisfaction.

But passive Facebook use (eg, following news feeds and looking at pictures) can result in malicious, hurtful envy. It might explain some of the sick comments on social network sites. What’s worse, it leads to what Krasnova calls the Self-Promotion-Envy Spiral – basically an escalating selfies’ arms war:

“Look at me at this party! My life’s better than your life!”

It’s not just your Facebook friends that can bad for self-esteem. Online advertising aimed at teens and tweens isn’t helping.

Australian psychologist Amy Slater analyzed ads on websites targeted to tween and teen girls. She found – no surprise – that most of these ads depict a sexualized stereotype of women, with thin, scantily clad models selling everything from beauty products to games. We’re talking ads on sites designed for girls as young as 10.

When she surveyed over 1,000 teen girls, she found the more time they spent online, the worse their body image. Girls who spent more time on social media were even unhappier. Keep in mind, the average girl in the survey spent two hours online every day.

What’s a girl to do?

Our Girls’ Respect Groups program creates an environment of “Girls Helping Girls,” as teen mentors guide preteen girls over the rough spots of middle school. GRG keeps teens grounded in respect for self and others, along with a  big helping of media awareness (see the next point).

Social media can be a powerful and positive tool as long as its anti-social tendencies can be curbed. What are you going to do about it?

A Slater, “Net Girls: The Internet, Facebook And Body Image Concern In Adolescent Girls,” The International Journal of Eating Disorders, May 25, 2013

C Macavinta and A Vander Pluym, Respect: A Girl’s Guide To Getting Respect & Dealing When Your Line Is Crossed, Free Spirit Publishing, 2005

Permanent link to this article: https://www.girlsrespectgroups.com/green-eyed-monster-lurking-online/